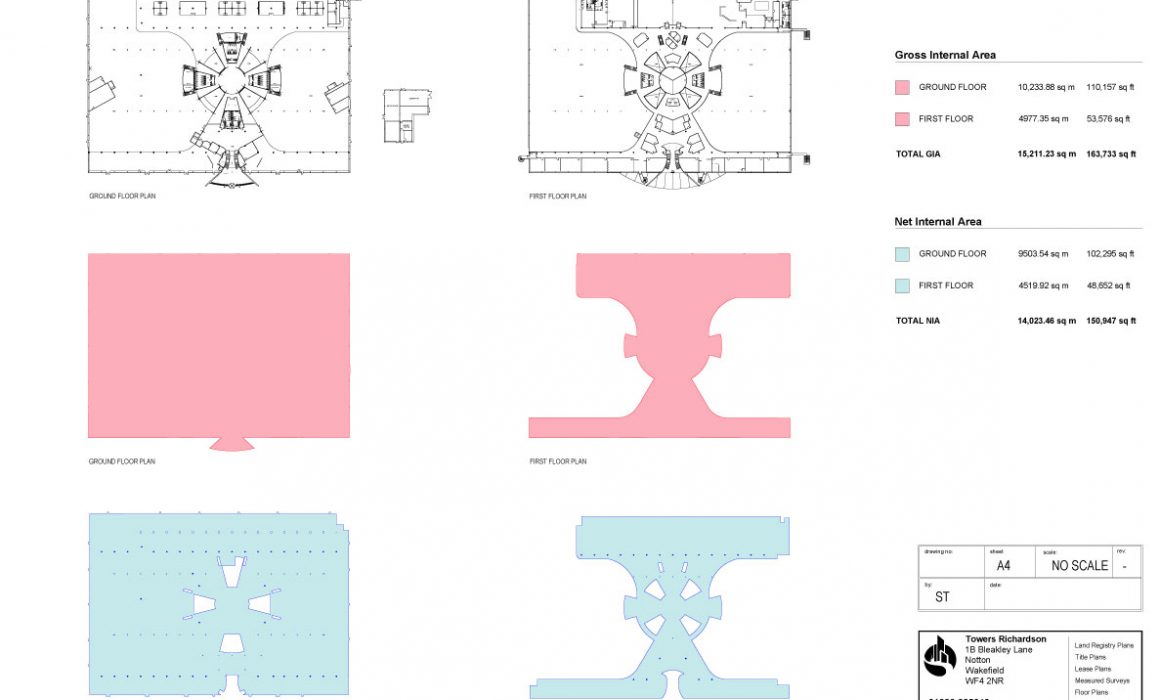 The area of a building can be measured in a number of different ways:

It is very important when describing the area of a building to be clear about which measure is being used, for example in property sales, planning applications, building regulations applications, lease negotiations, rating valuations, and so on.

The net internal area (NIA) of a building is the usable area measured to the internal finish of the perimeter or party walls, ignoring skirting boards, at each floor level. Net internal area covers all of those areas that can be used for a particular purpose.

It suggests that, ‘essential access’ ‘…will not include reception areas or areas capable of use and situated within entrance halls, atria and landings etc.’

In relation to the term ‘permanent essential nature’ it suggests that, ‘apart from areas used in common with other occupiers, corridors excluded from NIA are those of a permanent essential nature, i.e. internal corridors between structural walls (usually found in older buildings). Fire corridors and smoke lobbies which are defined by non-structural walls – but only where they are permanent and essential to any prospective tenant of the property and do not merely serve the needs of the actual occupier. If the latter, they should be included.’

Do you Need a GEA, GIA or a NIA plans

Towers Richardson are a professional CAD and surveying practise that specialise in producing Land Registry Compliant Plans and other floor plans. We have been producing Title Plans and Lease Plans since 1994 with a 100% success rate. We work closely with solicitors to make sure every detail is correct and compliant with the Land Registry.

Working from Yorkshire we are centrally located to travel throughout the UK to meet the needs of our current and future clients.

If there is something that we could possibly help then please get in touch for a quote.